In a video game sandbox of monsters and, well, the not-monsters, explore several zones with various musical themes as you stab, chop, smash, heal, revive, and jump your way across this sandbox game. There's no completion state, but maybe it'll be worth a little fun? ^^;

Developer Challenges! Can you:
1) Collect one of the mirrors?
2) Complete the Sand, Ice, Forest, and, uh, the last Dungeon?
3) Become the Pink Ghost?
4) Talk to as many NPCs and Monsters as possible! :D ... I didn't count how many there are, though. ^^;

I decided to build some assets for a game I'd like to start designing; however, I wanted to practice an idea inspired by Omikron: The Nomad Soul, so I designed a simple Zelda-esque sandbox game with body-swapping mechanics.

Pen: Does basic damage with a moderate cooldown. No invincibility frames, though.

Hammer: Want to break more than just NPCs and Monsters? Use this damaging weapon to smash whatever you'd like!

Goose Feather: Jump across gaps and monsters like you're some kind of flying bird. Or... bat?

Binoculars: Zoom out for a view of where you are. NOTE: Zooming out near borders of map may result in viewing the odd appearance of the world map.

Mirror: Throw the mirror at an NPC or Monster to instantly become them! NOTE: you do NOT keep the mirror when you swap to another character, so keep a weapon nearby... or not. Your choice.

Txt Mask: Talk to people about their inner-most thoughts by throwing sparkles on them, or walk into them yourself to check your own mind. 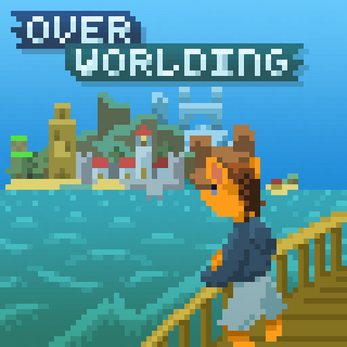 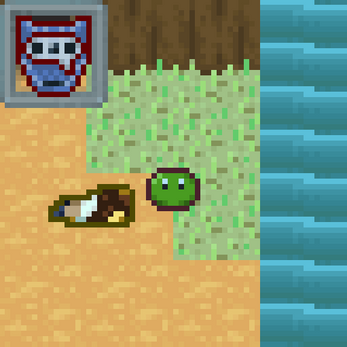